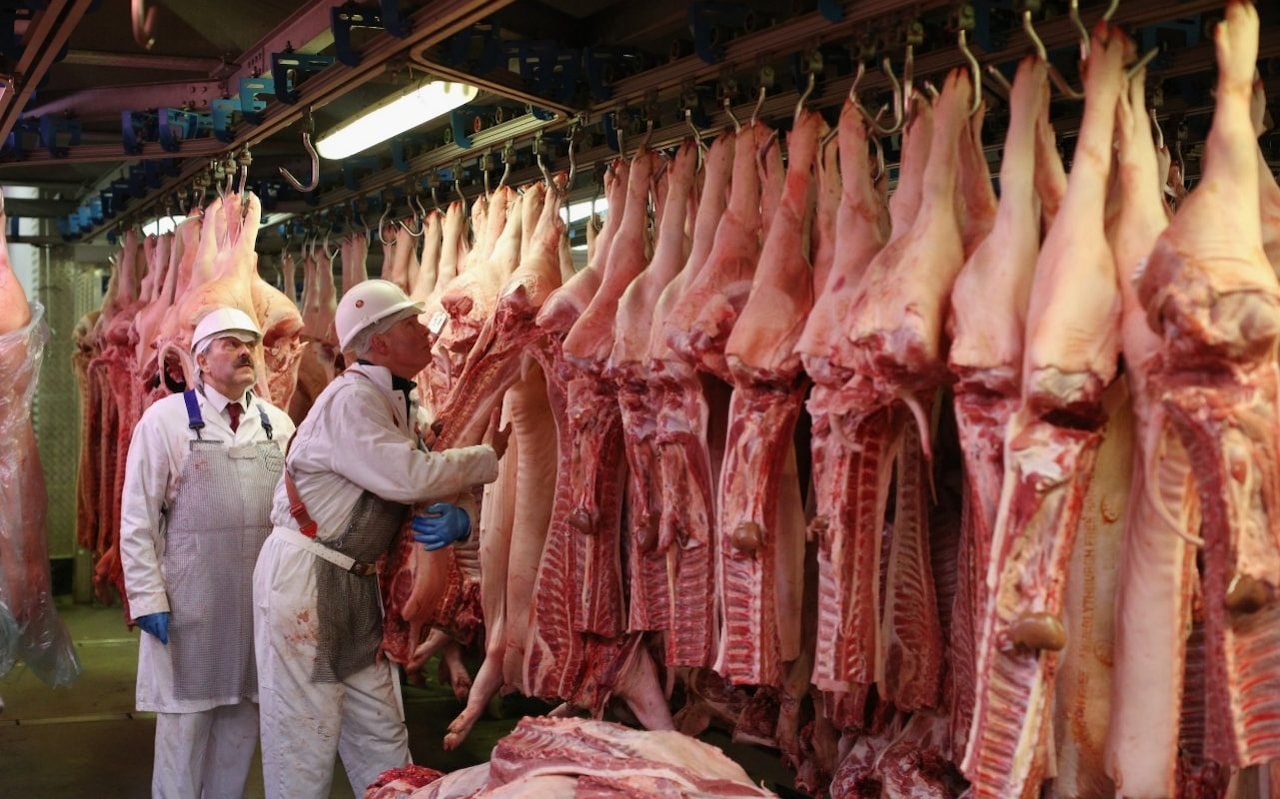 It was just a few months ago that experts were declaring the end of meat. By 2040, consultancy firm AT Kearney predicted earlier this year, animal products will have become so socially and environmentally unacceptable that most ‘meat’ eaten across the globe will come in the form of plant-based or lab-grown substitutes. The anti-meat movement has certainly gained momentum in recent years, with vegetarians and vegans set to make up one quarter of the UK population by 2025, according to analysis by Sainsbury’s.

But a major study released this week just might put the brakes on the rapidly accelerating plant-based trend. According to Oxford University research, published in the British Medical Journal, vegetarians and vegans have a 20 percent higher risk of stroke than those who regularly tuck into a plate of bacon and sausages. The authors of the study, which tracked almost 50,000 Britons for 18 years, said this might be because veggies do not have not enough cholesterol in their blood.

The finding flies in the face of much conventional wisdom, which says that vegetarianism is a healthy alternative to a more carnivorous lifestyle. We are forever being hectored about the need – for both health and environmental reasons – to cut back on red meat altogether.

But nutritionists say the increased likelihood of stroke is just one of the many health risks that any would-be vegetarian should be made aware of before they take the plunge.

Helen Bond, a registered dietitian, says the large-scale Oxford study should be taken seriously, although she notes that the increased risk of 20 per cent is actually “quite small” once the sample size is taken into account (it equates to three more cases of stroke per 1,000 people over 10 years).

She says that those who cut out meat entirely don’t always understand the full health implications of their lifestyle choice: “I think people shouldn’t just embark on a vegan diet because it’s on trend, and they’re following some Instagram guru. They should delve deeper and understand that there are nutrient shortfalls.”

Last week, nutritionist Emma Derbyshire told the British Medical Journal that vegans may find themselves deficient in choline, a crucial nutrient for brain health commonly found in eggs, milk and beef that influences memory, mood and muscle control. With planning, the British Dietetic Association said, it was possible to reach requisite levels with a vegan diet, but not everyone who avoids meat plans carefully enough to avoid the shortfalls.

Such diets, Bond adds, are usually devoid of Vitamin B12, which is found mostly in animal products. Without it, you run a greater risk of becoming fatigued and your immune system can be weakened, although she says “full-blown B12 deficiency is not very common in today’s society.” More concerning is getting enough Vitamin D, the so-called ‘sunshine vitamin’, which is important for our bones, teeth, and immune system, and can be difficult to include in your diet if you are vegetarian, and very difficult if you are vegan. “Vitamin D rich foods are mainly oily fish, eggs, and things like that,” Bond says. “There is some in mushrooms, but sadly [it is in] very few foods.”

Bond thinks the UK is gradually moving towards a vegetarian way of life, pointing to Public Health England’s latest Eat Well Guide, which stressed the health benefits of plant-based foods; according to research published at the end of last year, one in eight Britons is now vegan or vegetarian, while a fifth of the population describes themselves as ‘flexitarian.’ But it doesn’t have to be that way: as countless studies have suggested, she thinks the biggest health benefits actually come from a Mediterranean-style diet, which combines lots of vegetables with modest amounts of (mostly white) meat, plus pulses and oily fish, which are rich in Omega-3 fats and help to reduce our blood pressure.

Top 5 | Vegan trips around the world

Ian Marber, a nutritionist, adds that vegetarians and vegans might miss out on some of their essential amino acids, a source of protein. A lack of protein can mean weight loss; skin, hair, and nail problems; and increased risk of bone fractures.

Although it is usually vegans whose culinary choices make headlines, he thinks they are usually better prepared than vegetarians, with a steady supply of vitamin supplements lining their cupboards. “I find that vegans tend to be quite motivated and do it quite well – they are aware that they need Omega-3 fats, for example. Vegetarianism tends not to be done with the same attention to detail.” Previously, his clutch of vegan clients “knew what they were doing,” now that meat-free numbers have swelled, he finds himself more frequently doling out advice on how to stay healthy while on a plant-based diet.

Many newly-signed-up vegans have also noted cognitive effects – known as ‘brain fog’ – and there’s plenty of science to back that up, according to Sophie Medlin, a lecturer in nutrition and dietetics at King’s College London. “Anyone following a plant-based diet is likely to have sub-optimal levels of Vitamin B12 and an essential fatty acid called DHA [a type of Omega-3],” she says. “These are vital for the health of our neurons or brain cells. When we are deficient, we suffer symptoms such as brain fog, short-term memory loss, changes in mood, difficulty sleeping, agitation, and anxiety.”

It’s not all bad news for the plant-lovers, however. Despite showing an increased risk of stroke, the Oxford study also found that vegetarians had a 22 per cent lower risk of heart disease compared to meat eaters. Experts said the difference might be because vegetarians have lower weights and blood pressures than meat eaters, and thus are less likely to have diabetes. Previous studies have shown that those who avoid red meat see a reduced risk of bowel cancer.

“In the battle between meat eaters and non-meat eaters, everyone’s looking for one answer,” says Ian Marber. “If we can only declare that one’s better than the other. But it’s not better, it’s just different.”