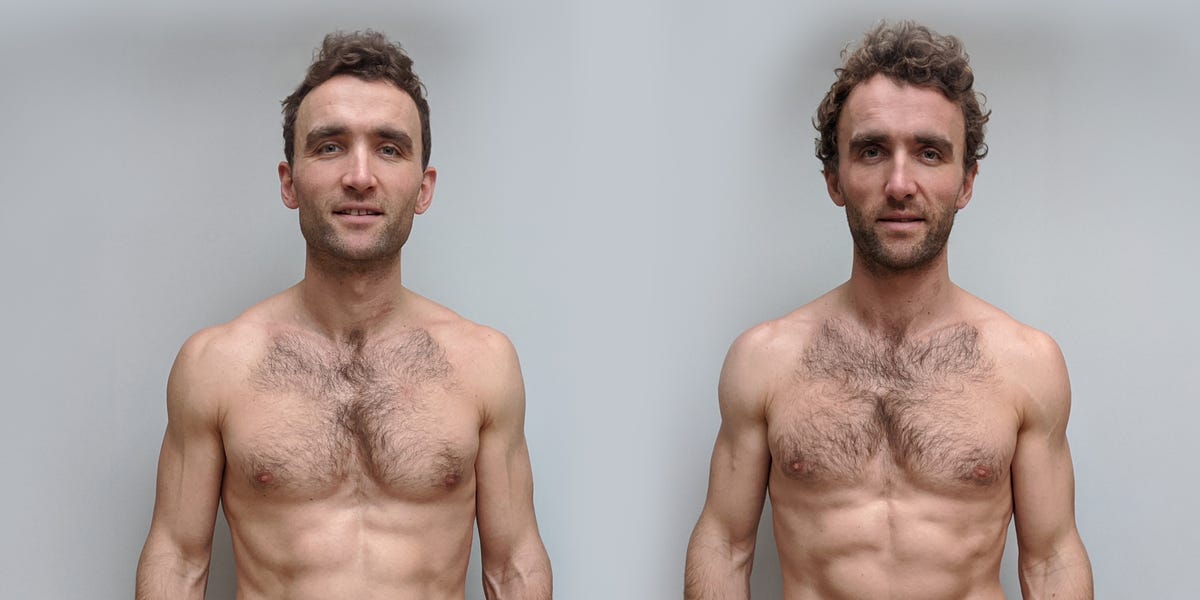 The Turner twins have climbed a mountain and trekked to the most inaccessible points on every continent, all in the name of research, charitable causes, and exploration. For their latest adventure, brothers Hugo and Ross Turner trekked into even more fraught territory — comparing the effects of a vegan diet to an omnivorous diet on two genetically identical people.

The Turners decided to study the two eating styles side by side over a 12-week fitness training regime from January to March this year. They were inspired by the growing popularity (and sometimes controversy) of vegan diets for athletes, following documentaries like “The Game Changers,” according to Ross.

“We wanted to take bias and opinion out of it and take down to the genetic level. We can get science involved because we’re twins and genetically identical, so we can compare ourselves in extreme environments,” Ross told Insider.

The pair monitored how they felt during the course of the experiment and were followed by researchers from King’s College, who tracked basic health metrics like weight, cholesterol, and muscle mass.

Both twins did endurance training at the gym five to six times a week, using a program designed by Ross, a personal trainer. They also ate an almost identical number of calories in meals prepared by the Mindful Chef delivery service.

By the end, they noticed some big differences in terms of muscle gains, fat loss, and digestive health.

Hugo had higher energy and lost fat on a vegan diet

Before giving up animal products for the experiment, Hugo weighed in about 185 pounds and 13% body fat. After about a month on the vegan diet, he said he had dropped nearly nine pounds (although he regained some of that during the remainder of the diet). By the end of the experiment, he measured in at 181 pounds. Nearly all the weight lost was fat mass, with his overall body-fat composition dipping by a full percentage point, to 12%. His cholesterol levels also dropped.

Even more striking were his energy levels. Hugo said he felt significantly more alert during his lunchtime gym sessions, compared with his typical routine.

“On a vegan diet my mental focus was much better, I didn’t have the mid-afternoon energy dips, and felt a bit more charged,” he told Insider.

He said one explanation could be how the vegan diet changing his snacking habits. Since biscuits and chips aren’t vegan, he’d switched to mainly fruit and nuts.

Hugo noticed one exception to his higher energy levels — his libido, which he said dropped off sharply.

“I just lost it — I really don’t know what happened,” he said, adding that his experience may not be true for everyone.

The twins did not conduct comprehensive blood tests during the experiment, but said they would do so if they tried something similar in the future. They could measure testosterone, for example, to see if it explains some of the changes. 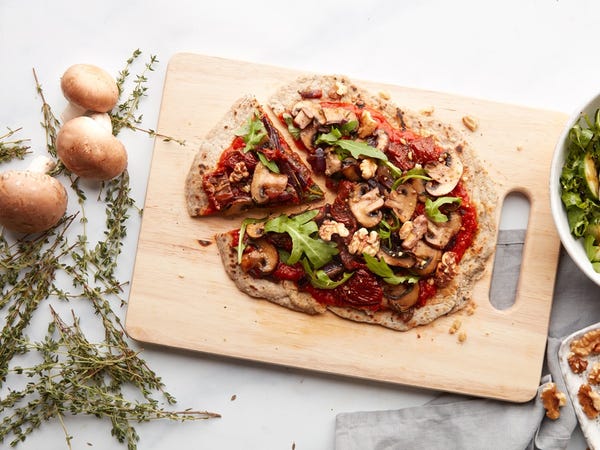 Ross has always been the slightly bigger of the brothers, and this was exacerbated by the experiment. From starting around 13% body fat, he put on 10 pounds of muscle, but also gained fat. That brought his overall body fat percentage up slightly, to 15%, and his final weigh-in to 189 pounds.

His cholesterol levels stayed consistent throughout the 12-week duration.

Ross said the meal plan for this experiment was slightly more varied than his typical diet, and extremely balanced in terms of macronutrients, with array of chicken, fish, red meat, veggies, dairy, and grains.

Before this, a typical day of eating for the twins would include toast or porridge for breakfast, sandwiches for lunch, and some version of chicken, veggies, or pasta for dinner.

For Hugo, the dietary change was even more significant, since his usual animal-based protein was swapped out for things like tofu, tempeh (fermented soybeans), and jackfruit.

“Eating a vegan diet, you almost have to overcompensate with variety, so I was eating foods I wasn’t really used to,” Hugo said.

As a result, his gut microbiome — the populations of beneficial bacteria that live in the human digestive system — also changed in some interesting ways, based on fecal samples analyzed by Atlas Biomed before and after the experiment.

The changes potentially improved Hugo’s resilience to some forms of chronic illness, according to the analysis, lowering his risk of obesity and type 2 diabetes. That supports previous research suggesting plant-based diets could reduce the risk of those conditions by improving the microbiome.

But to their surprise, both brothers saw a decrease in their microbial diversity, or the number of different bacteria species present in the gut. That’s generally linked to less resilience against some types of chronic illness such as Crohn’s disease.

Although Ross’ microbiome changed slightly, it remained much more consistent than his brother’s.

It’s not clear why those changes occurred, although the Turners hypothesized that the abrupt change to a vegan diet, and the relatively short duration of the experiment, might have been factors.

One caveat of the experiment, the Turners said, was that 12 weeks wasn’t a long time for a typical dietary study. If they could do it over, the brothers said they’re prefer to trial the diets for six months to a year for better data.

But the brothers said they’ve learned a lot and plan to incorporate more plant-based eating in their lifestyle. The brothers are known for their endurance expeditions and want to test how vegan eating might benefits them on their treks.

“You lose about half a kilo of weight a day on an endurance trip, more than that if you’re carrying extra weight, so we like to be lean and mean nothing in between on the trip,” Hugo said.

He added that being forced to find vegan alternatives also greatly expanded his world of food options.

“One thing to come out of this is we don’t eat nearly enough variety of foods. Often, we kind of just disguise the same foods in different forms,” Hugo said. “But variety is the spice of life.”

Ross said that there tends to be a reluctance for meat eaters to try vegan foods, and he hopes this experiment will encourage dedicated omnivores to branch out, since many plant-based substitutes like vegan burgers are similar in taste and texture to the classics.

If you’re curious about trying veganism, he added, you don’t to go “cold tofu” and jump in all at once. Based on his experience, Hugo recommends starting with your snacking habits, and swapping out between-meal treats with vegan options.

The twins concluded that their optimal diet is a mix of plant- and animal-based foods.

“Having a vegan diet has benefits and so does eating meat. I don’t think either outshone the other here,” he said. “We’ll be doing a mix of both, having non-meat days and adding more vegan foods into our diet, eating better-quality meat and less of it. We’ve taken away the best of both worlds.”

Vegans may have better aerobic endurance than omnivores, and are just as strong, according to new research

Why vegans and meat-eaters can’t stop trolling each other