Vegan meat is a type of food that is totally free from animal-derived products but that is intended to replicate the texture and taste of meat. It is commonly made from plant-derived substances like soy and wheat gluten. Vegan meat can be purchased in unrefined forms that can be used to replace meats in recipes. It is also used by vegan food manufacturers to create prepackaged products that simulate popular meat dishes, such as burgers, chicken nuggets, and sausages. 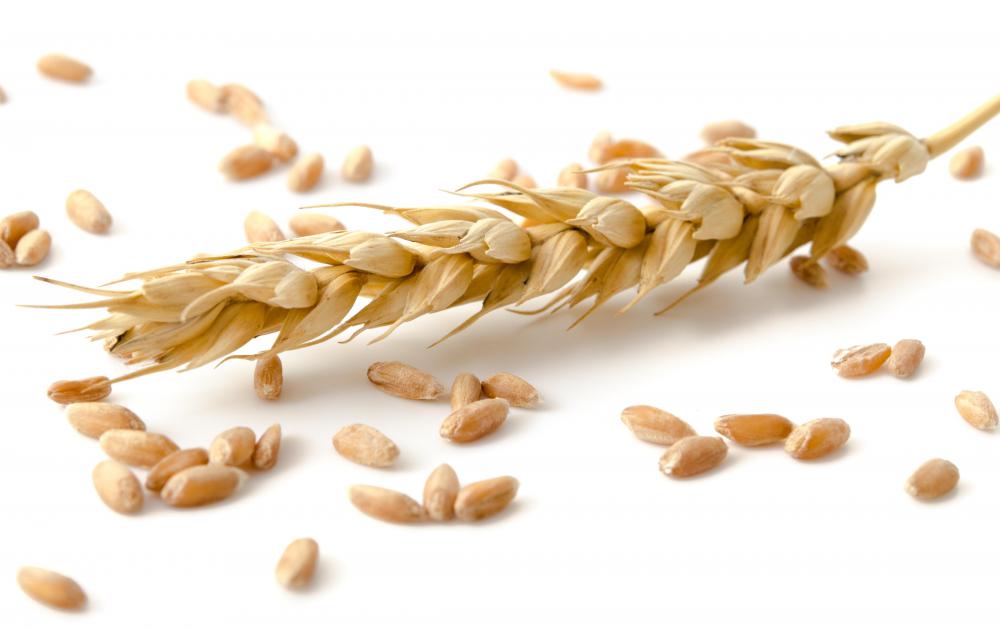 With its ability to simulate a meaty texture while providing high levels of protein, iron, and calcium, soy is often used to create vegan meat. The most common forms of soy used as meat substitutes are firm tofu and tempeh. Firm tofu, which is made from coagulated soy milk that has been drained and pressed into a block, can be thought of as a blank canvas for vegan cooks. It has little intrinsic flavor, but has a high absorbency that leads it to adopt the flavor of the ingredients with which it is cooked. Firm tofu also retains its shape well when cut, making it useful for dishes like stir-fries and kabobs. 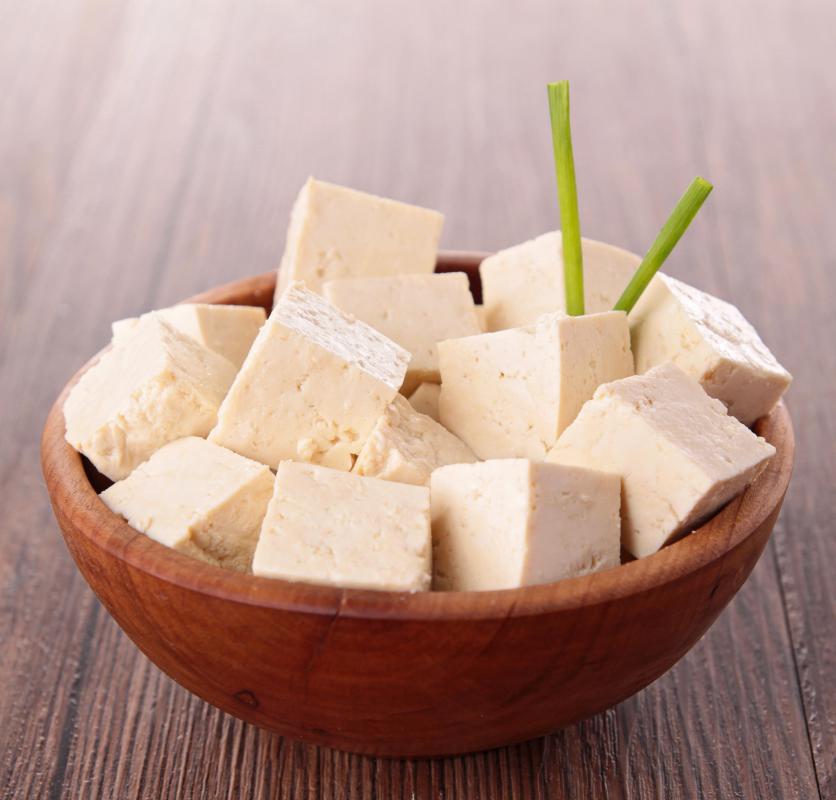 Tempeh is made from whole soybeans that are partially cooked and then pressed into a hard block or bar. Unlike tofu, tempeh has a distinctive, nutty flavor. It usually must be soaked before cooking to soften it and mellow its flavor. Once softened, tempeh can be shredded with a cheese grater, making it a good substitute for ground meat. 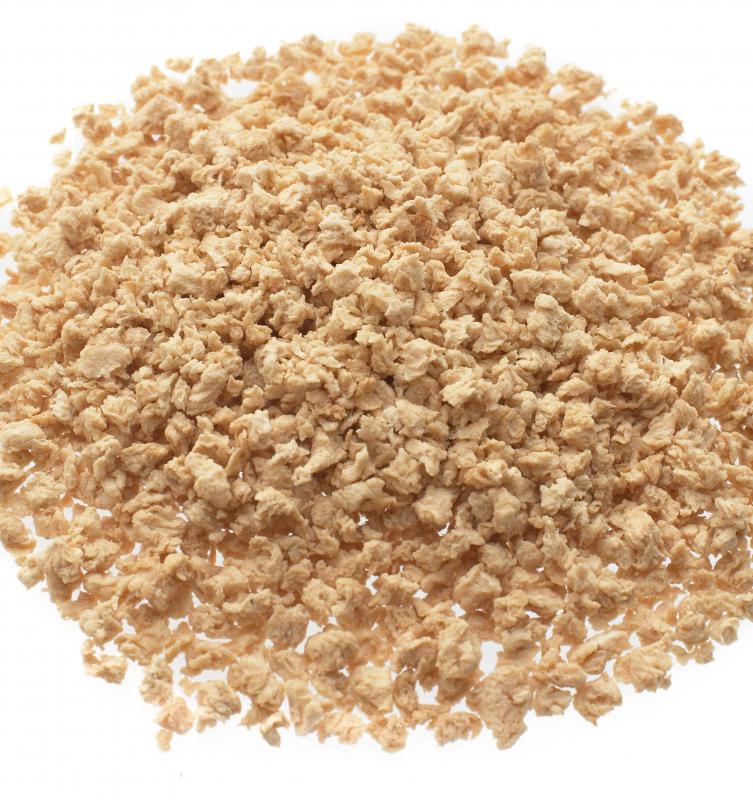 Wheat gluten, or seitan, is also sometimes used to produce vegan meat. Made by separating the gluten from wheat flour dough, seitan has a somewhat tough, stringy quality that is similar to certain meats. It is usually sold in a pressed block or strip and can be eaten as-is or added to recipes in place of meat. Seitan is sometimes used in Asian dishes as a duck substitute.

All of these basic vegan meat substitutes are commonly used by vegan food manufacturers to create prepackaged imitation meat products. The wide range of products available includes vegan versions of hamburgers, sausages, hot dogs, bacon, chicken nuggets, and ribs. In the US, these items can be purchased at health food shops and even some conventional grocery stores. Vegans should take care to read each food’s ingredient list before consuming, however, as some prepackaged meat substitutes contain other animal-derived products such as eggs. 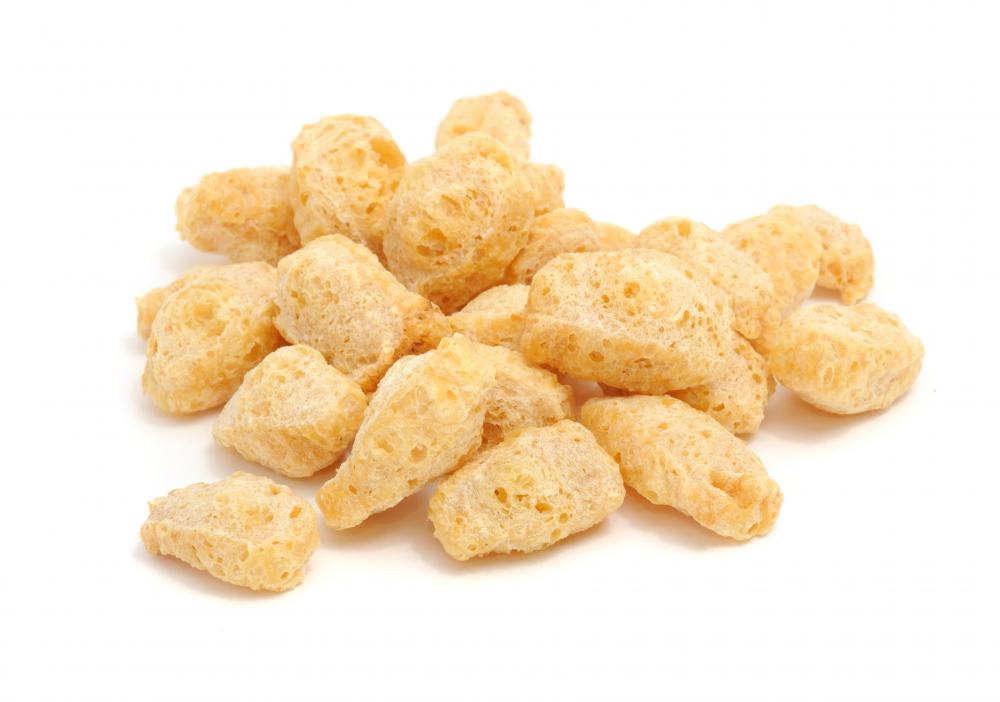