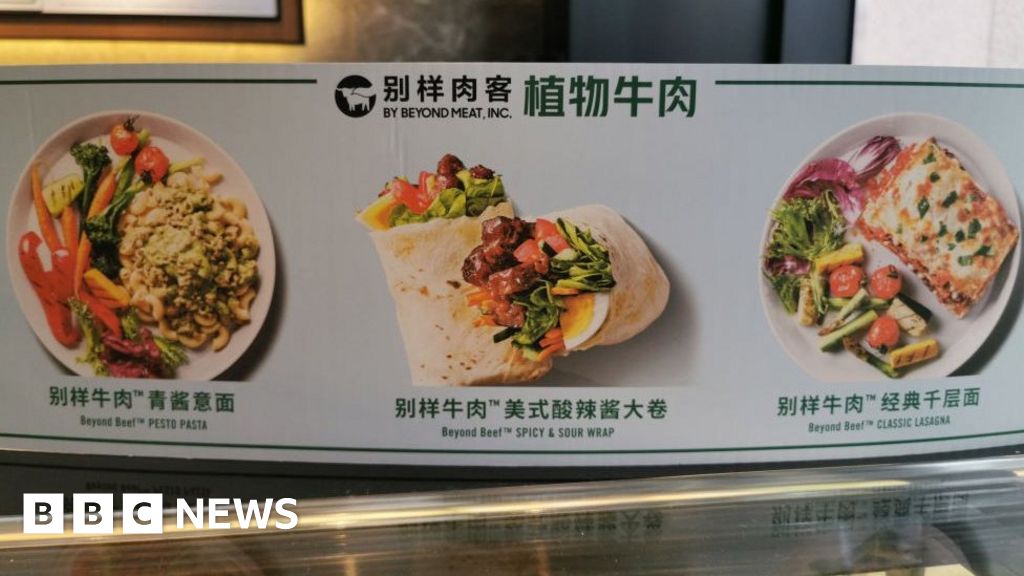 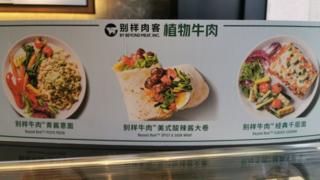 As China reopens restaurants and cafes, more plant-based “fake” meat products are popping up on menus.

On Wednesday, Beyond Meat started selling its plant-based food in China through thousands of Starbucks cafes.

As China recovers from the coronavirus outbreak, more people are looking to lead healthier lifestyles.

US-based Beyond Meat said it had “seen the growing demand for plant-based meat in China” and is offering three meals across 3,300 Starbucks in China. The majority of Starbucks outlets in the country have now re-opened, having been forced to close in late January.

This week, KFC said it will start selling plant-based fried chicken for the first time in China for a trial period in Shanghai and the southern cities of Guangzhou and Shenzhen.

Western brands are hoping to tap into a growing demand for meat substitutes in China following a global trend to eat less meat and more plant-based foods.

China is also dealing with a meat shortage, particularly pork supplies, after African swine fever wiped out half of its hog herd in 2018. It has been struggling to import pork due to virus restrictions on factories across the world.

“We see Asia as a key region for strategic long-term growth and Beyond Meat’s goal is to have localized production within Asia by the end of 2020,” said a Beyond Meat spokesman. Its products are currently distributed in several countries across Asia including Singapore, South Korea, Thailand, Vietnam and the Philippines.

But the likes of Starbucks, KFC and Beyond Meat face challenges convincing Chinese consumers to eat their plant-based fake meats.

“The demand for healthier, non-meat proteins is not as high in China as in the US because Chinese already eat more vegetables as part of their daily diet than Americans and Europeans. It’s relatively rare for Chinese to say they are vegetarians,” said Shaun Rein at the China Market Research Group.

In the UK, fast-food companies, from Greggs to McDonald’s and Burger King to KFC, have launched, or announced, vegan options.