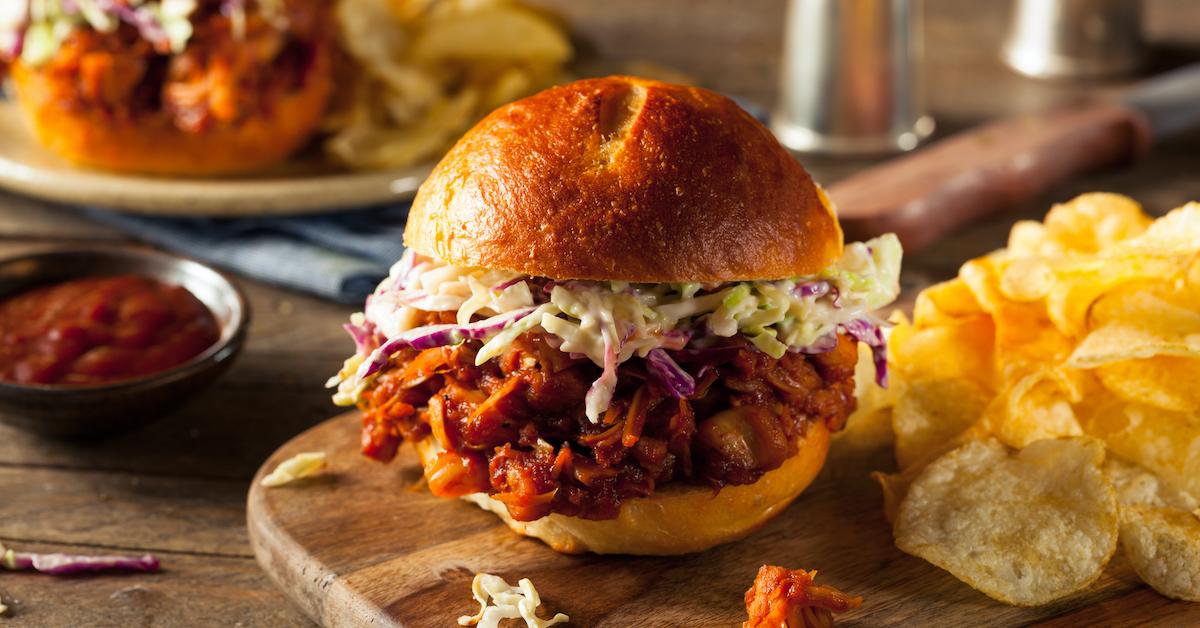 From Beyond Meat to Impossible Foods to everything in between, there are so many plant-based meat alternatives that taste eerily close to animal-based meat on the market. But if you’re looking to make your own vegan meat, the internet is chock full of vegan meat alternative recipes.

After all, vegans and vegetarians have been around since way before grocery stores started stocking vegan meats — meaning decades and decades of plant-based home cooking innovation precede all the vegan meat products in the supermarket.

What is vegan meat made of?

There are endless possibilities when it comes to making your own plant-based chicken, steak, bacon, and more, thanks to simple ingredients that you might even already have in your pantry. Everything from rice paper to gluten to jackfruit to lentils to various soy products can be used to make plant-based meat.

The following list is just a small sampling of all the vegan meat recipes that bloggers have to offer. If there’s something you’re itching to cook a vegan version of, simply google “vegan [meal] recipe” and the internet is sure to come through for you.

How to Make Your Own Vegan Meat

Read on for 11 vegan meat alternatives you can make in your own kitchen!

Seitan, aka vital wheat gluten, is a meat substitute made mostly out of gluten, which is the protein in wheat. Turning gluten into a dough and cooking it is easier than it sounds — here are a few recipes for vegan meat made from seitan.

Blogger It Doesn’t Taste Like Chicken’s recipe for Vegan Seitan Steak is meaty, flavorful, and satisfying — if there’s a steak lover in your life, this is the perfect dish to make for them.

Homemade vegan deli meat slices on a sandwich loaded up with v cheese, vegenaise, lettuce, tomato, and avocado 🥑 so dang good, I can’t even put it into words 🤤 if you want the recipe for the deli slices, you can find the link in my bio ️ #vegan #delislices #veganmeat #consciouschris #sweetsimplevegan

No more mystery meat in your sandwiches! The blog Sweet Simple Vegan’s Homemade Vegan Deli Meat, also made out of seitan, will take your vegan sandwiches to the next level.

Soy curls are dried fleshy strips made from 100 percent soybeans. Once rehydrated, they taste very similar to chicken, making them the perfect choice for a stir fry. They’re also super quick and easy to cook.

Vegan Richa’s recipe for Vegan General Tso’s Soy Curls will have your guests repeatedly asking, “are you sure this isn’t real chicken?” This flavorful recipe transforms soy curls by flavoring them à la General Tso — plus, it’s super easy to follow.

Hi y’all! I have a few vlogs planned this week after a teensy little break, but in the meantime peep this vegan jerky Eric and I made for the blog. Eric loved the Louisville jerky so much that for Christmas 2018, I got him a year’s subscription (a box of 3 bags delivered each month).⁣ ⁣ Since our subscription ended, we decided to try to make our own jerky out of soy curls. We think these are just as good as the name-brand, and a hell of a lot more cost-effective. I’m already brainstorming new flavors to try (definitely want to do a buffalo ranch and some sort of miso-ginger flavor).⁣ ⁣ In the meantime, you can check out a basic flavor on SarahsVeganKitchen.com. 🥰 It’s Eric’s first guest post on the blog and he’s really proud of it, so go read about his undying love for vegan jerky and try out the recipe if you’re looking for a high-protein, easy snack to make while self-isolating.⁣ ⁣ #veganfood#veganjerky#soycurls#veganprotein#highproteinvegan#veganrecipeshare#veganfoodblogger#sarahsvegankitchen

While soy curls and seitan are awesome, they aren’t ingredients that most people have in their pantries at all times. Fortunately, you can also make vegan meat alternatives out of simple, accessible ingredients such as nuts, beans, and lentils.

Cheap Lazy Vegan’s recipe for a Nut & Lentil Roast turns the nuts, seeds, and lentils of your choice into a meatloaf-inspired roast that’s perfect for the holidays.

Lentils and walnuts come together to make taco “meat” in Vegan Heaven’s recipe for Vegan Tacos With Lentil Walnut Meat. So much of the flavor in typical taco meat comes from the seasonings, so by using the same spices, you can magically transform brown lentils and walnuts into a savory taco filling.

Jackfruit, whether it’s from a can or from the entire (enormous) fruit itself, can magically be marinated and cooked into meaty deliciousness — minus the animal.

No pigs needed here — you can have a BBQ pulled pork-style sandwich made from jackfruit. Minimalist Baker’s BBQ Jackfruit Sandwiches with Avocado Slaw will satisfy any BBQ lover’s cravings, and only a few ingredients are required.

Buzzfeed’s Tasty has a Jackfruit Popcorn Chicken recipe that transforms canned jackfruit into meaty popcorn chicken. This one is sure to fool your friends.

Bacon can be made out of so many things besides pigs — therefore, vegan bacon recipes deserve their own category on this list.

The Edgy Veg’s Rice Paper Bacon recipe is a classic. Somehow, simply dipping rice paper strips in a smoky marinade and baking them results in the chewiness, crunch, and flavors of bacon.

TikTok personality Tabitha Brown’s recipe for Vegan Carrot Bacon recently blew up on TikTok, garnering more than 13.9 million views on the platform. Feel free to put this healthy bacon alternative on literally everything — ‘cause that’s yo business.

Wanna know a fun PLANT FACT in celebration of Earth Month!? By using Shiitake Mushrooms instead of pork, our “Bacon” saves the energy equivalent of powering 10 homes for an entire year

Chef and cookbook author Chloe Coscarelli’s recipe for Vegan Mushroom Bacon can be found on the menu at by CHLOE restaurants — or online, courtesy of LAist. All you’ll need is shiitake mushrooms, oil, salt, and pepper to create the surprisingly bacon-y flavor.